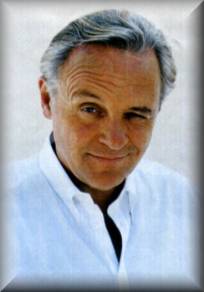 Okay, I originally started this week's update with a really nasty message to whomever it was who sent me their survey answers and said lots of mean stuff in the "Comments" section. But then I went back and deleted it. Obviously, that person is a moron. Not only because they said that since they didn't recognize half the people on my ex-boyfriend list, that CLEARLY means my page needs some work. (That syllogism is illogical!) And not only because they said "none of your business" in the "your e-mail address" part (hel-LO -- you are E-MAILING me the form! I have your e-mail address already, you dunderhead!) But because the truth is, anyone who doesn't like me is stupid.

So, it will be my policy not to comment on people who have nothing better to do with their day than fill out survey forms on web sites they do not enjoy reading in the first place. My god, people! Why take the time? Also, ANNOUNCEMENT: I am not interested in comments like "Your page sux and I hate you!" Be constructive if you've gotta criticize. Otherwise you just come off sounding like a worthless twerp. Besides, you hurt my feelings when you're mean to me. It makes me wanna delete my entire web page and sulk.

Pity me, for I am too sensitive for this world.

This week's Boyfriend will, I'm sure, be completely lost on at least ONE of my readers. You have to have a brain and some taste to love him because he's old and he makes lots of serious movies and he wasn't in "Risky Business." (Confidential to dunderhead: Tom Cruise sucks!) (I don't really mean that, but it made me feel better to say it.) Oh, did I mention he's been KNIGHTED? Cool. Yup, Anthony Hopkins is terrific, and I don't say that about just anyone, you know.

For example, I just saw David Mamet's movie "The Edge" again recently (I'm a sucker for wilderness survival movies because they always make me think of MacGyver). That's a pretty good movie, though I couldn't believe it was a Mamet film. Whoa, Dave! Way outta left field on that one! Anyway, one thing about it really bugged me: why in the heck do old, rich, attractive men always fall in love with stupid-but-pretty women? I can understand the pretty part, but why the stupid? In the movie, Anthony (whoops, I mean SIR Anthony) is married to Elle MacPherson! And she's really stupid! Man, don't you men know you can find SMART pretty women to marry?

Anyway, I loved him in that. When he wasn't drooling over Elle, that is. And I've seen him in lots of other things too. He plays lots of romantic leads, which I can surely appreciate, and even though he played a really terrifically spooky serial killer, he didn't end up type-cast for the rest of his career (like Anthony Perkins did after making Psycho, which reminds me, aren't you disappointed Leo didn't get cast as the new Psycho psycho? I was hoping it'd end HIS career too! Drat!).

Whoops, I'm picking on readers again. Sorry. Anyway, to my knowledge, Sir Anthony hasn't made a bad movie yet. That's not to say he hasn't been in some movies I haven't liked all that much (example: Shadowlands). Also, I should confess I haven't seen EVERY movie he's been in. I mean, the man's been in over 85 films! Jeez, I haven't even seen all the movie's he's been in in the last 5 years. But I'm getting there.

Meet Joe Black looks like it might be pretty good. And I should say, much as I try, I just can't seem to hate Brad Pitt. I want to, though, mostly because he's one of those guys EVERYBODY loves and I just hate those guys. But he's actually a half-way decent actor, and I can appreciate that. He won't be a Boyfriend, but I'll still go see him co-star opposite Sir Anthony. Mr. Hopkins, however, I would watch do just about anything. He could make a movie about stamp collecting and I'd STILL go see it in the theater. That's how dedicated I am.

Gotta respect loyalty like that, right Tony? So, yeah, you were born exactly 36 years before me. We can get past that! Really! Before anyone asks, though, Anthony IS married. However, it's his second marriage and they've been together 20 years or so by now. It's bound to be getting a little bit tiresome, doncha think? Okay, maybe not. But I can dream, can't I? I'm still allowed to DREAM, aren't I?

MacGyver Factor Score: 98.9% Even though you were JUST LIKE MacGyver in "The Edge," you didn't have the pocket knife OR the cool theme song. So, minus 1.1 points for you! But (and this is just between you and me, Tony), I confess that if I had to choose between a date with you and a date with Richard, I might hesitate for a second. If that's not saying something, I don't know what is. . .

Click here to go to IMDb's listing for Anthony Hopkins.