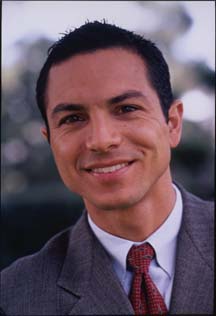 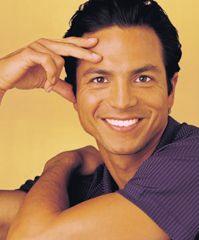 This week's Boyfriend most likely needs no introduction. (Well, unless you're the one person on the planet who has NEVER seen "Law & Order," that is.) I can't tell you the number of emails I've received begging me to feature Benjamin Bratt. Why, if I had a nickel for everytime. . .

But you're correct, of course. Benjamin Bratt definitely meets all of the Boyfriend of the Week qualifications. What, you didn't realize there were strict qualifications? How do you think I do these things, people? "Willy-nilly?" Sheesh. Yes, there are some very serious criteria that each propective Boyfriend must meet in order to make it to the big leagues. Following is a list of the criteria. I will use both Benjamin Bratt and Leonardo DiCaprio as examples: