The (Un)Boyfriend of the Week 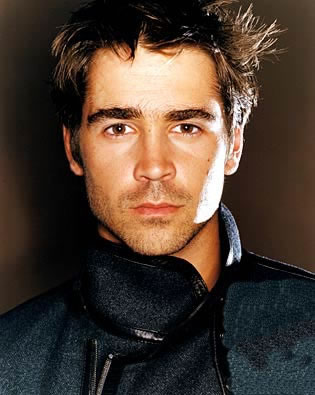 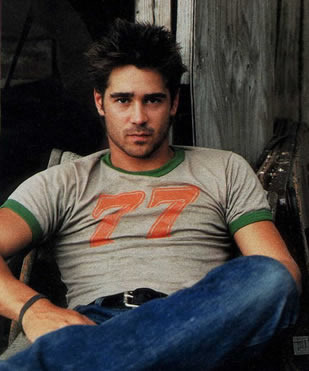 Houston, we have a problem.

Okay, here's what happened. Two weeks ago, the plan was to feature Colin Farrell. But though I'd managed to see several of his movies, I still had two I really wanted to watch before I put him up on the site. So, I put the write-up off for a second week, to give me time to screen "Tigerland," which I'd heard was terrific, and "Ordinary Decent Criminal" which I'd heard featured Colin au natural. No, not nekkid (sheesh, ladies!), but speaking with his natural voice -- thick Irish accent and all -- instead of "acting" like an American, as he has in almost all the other movies I've seen him in. In fact, to be totally honest, I didn't even KNOW he was Irish until about 3 weeks ago. And that, my friends, says quite a bit about his thespian talent right there. The man can act -- there is no disputing that.

Anyway, it was during that second week that things started to fall apart. Well, wait, I'm getting ahead of myself here. First off, "Tigerland" was great -- it's about a group of young men in boot camp getting ready to head out to Vietnam. But even though that makes it sound just like every other Vietnam movie you've ever seen, it's not, and it's well worth your time. So, go rent that one if you haven't already done so. "Ordinary Decent Criminal" was only so-so, but there's just something about the way swear words sound in Irish that I find irresistibly sexy. Colin Farrell saying "fookin' shite" just about did me in for good, I tell ya. So, at this point, things were still looking pretty good. I was composing accolades in my head and wandering around the house with a dreamy look upon my face.

But then, I accidentally stumbled across Colin in a TV interview, and then Colin in a magazine interview. And then Colin splashed up on the cover of some entertainment magazine cuddling with Britney Spears. And the more I started to learn about Colin Farrell the man, the less I could successfully maintain the crush on Colin Farrell the character in "Hart's War" and "Minority Report" and "Tigerland."

In short, he's kind of an arrogant bastard. The sort of guy I'd be rolling my eyes at a lot if we were hanging out together. The sort of guy, actually, that I wouldn't hang out with to begin with. And it's not because he's a "bad boy." There's nothing wrong with being a "bad boy." It's because he's just, man, just really an arrogant bastard! I'm at a loss for words. I'm devastated. Confused. A mess. Because as I've said for many years here at the Boyfriend site, the crushes have nothing to do with the actors themselves -- I don't KNOW the actors themselves. I get crushes on their characters. But, as I've hinted at before a few times (Tom Selleck leaps right to mind), sometimes their real personalities are too hard to ignore. In my imagination, Colin Farrell was a quiet, intelligent, semi-underdog. And I loved him. But now that I know the truth, it's gotten too hard to hold on to the fantasy. And instead, I'm finding myself at a line, unsure which side I should be standing on.

So, the only thing I can think to do is this: you know how they call 7-Up the "Uncola"? I guess that means Colin Farrell is the un-Boyfriend this week. The anti-Boyfriend. The Boyfriend devoid of caramel color and cola flavoring. Sorry you waited two weeks for nuthin', but hey, at least you can ogle the pictures, which I still confess make me all drooly on the inside. And those of you who don't care about his major character flaws can do a quick search on the web to find out more about him and his unique brand of arrogant bastardness. I myself have suddenly had my fill. But hey, you've just witnessed yet another "first" at the Boyfriend of the Week site -- first time Meg has been at an utter loss for words. Cuz, wow, the thrill is gone. And I have no idea what to say other than that.

Check back towards the end of the week for the next REAL Boyfriend write-up. And if it's not here by Friday, feel free to worry that I may have lost my touch. No wait, I'm just kidding about that. If there's no write-up by Friday, check back Monday instead. And again, sorry about the fake-out, people. I'm sure Colin will grow up soon -- and when that happens, I'm sure he'll be back on this site for real.