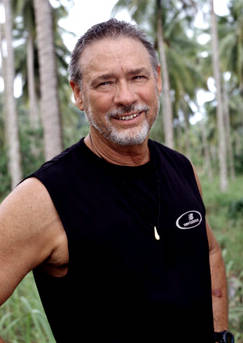 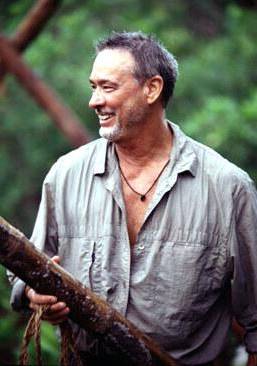 When Survivor:Thailand started up a few weeks ago, I wasn't sure I was ready for it. Having never missed a single episode since the show first debuted a couple of years ago, I'm well aware of the kind of time commitment you have to make if you are a fan. Miss one episode and you may never figure out why suddenly everybody hates Ted all of a sudden. Miss one episode and you might miss The Jerk (the guy who makes you yell at the TV a lot) doing something that totally redeems him. Something that, had you seen it, would've changed the way you thought about him completely. And there you'd be, eternally doomed to think "If hate were people, I'd be CHINA!" (name that movie) in regards to The Jerk forever, and all because of a simple misunderstanding. Honestly, that's no way to live, people. And, it can get even worse -- I mean, what if you love one of the characters and you happen to miss the episode in which he reveals himself to be a misogynistic bastard in an aside to the camera? Seriously, things happen every week on that show that can change your world view completely. You can't take this kind of thing lightly.

Besideswhich, to be honest, it seemed like last year I spent a LOT of my time watching Survivor. Not many months off from that job when they cram two full seasons into the single year. So, when it was about to start up AGAIN, I confess to a little bit of doubt (okay, okay, if my doubts were people, I'd have been China). Could I really commit to this again so soon?

But, of course, it was ON, so I couldn't exactly not watch it. I mean, that's about as impossible as NOT watching when someone's pants fall down. You know you should avert your eyes. For both your sakes. But it's not going to happen. It's human nature to be drawn to people's embarrassing moments, and this is precisely what makes Survivor one of the most addictive shows on television.

Pretty soon after the season started, I began to get e-mail from readers asking me which of the Survivor hotties I was going to make a Boyfriend this time around. My reply? Oddly, my reply was that I didn't think anybody on the island qualified. Brian is kinda cute, but gets massive points off for having the bloated self-esteem of Mohammed Ali ("I'm not the greatest -- I'm the DOUBLE greatest!" -- Ali, NY Times, 1962). Actually, I take that Ali thing back. He's more like Napoleon -- a natural leader, but one with very little respect for the led. And then there's Rob. I've never wanted to slap someone as much as I wanted to slap Rob. 'Nuff said. Moppy blond-haired guy whose name I can't even remember also drove me nuts (was there ever anything as satisfying as the time when moppy blond-haired guy and Rob fell asleep on the beach and let their fishing net float away? Bah ha ha ha, I loved that scene so much I had to rewind it three times before I could let it go.). Clay is one of those guys who makes you roll your eyes so much your face sticks that way, and Ted clearly has boundary issues, especially when half-asleep.

But then, a few weeks ago, one guy I hadn't even really noticed started to stand out all of a sudden. And before I knew what was happening, I was madly in love with him and actively rooting for his victory. He is one of the older Survivors, one of the two team leaders in the first episode. I'd always liked his mellow personality and the logical way he dealt with problems (both physical and mental). He rarely has a bad word to say about anybody; seems to have an intelligent, crafty-yet-courteous plan for success; and is a natural leader who wields that knack more like a Roosevelt than a Napoleon.

Add to that the fact he's been cultivating an extremely sexy salt-and-pepper scruffy beard lately and what you start to see developing before you is Jake Billingsley, Survivor: Thailand Boyfriend of the Week.

Are you surprised? That I picked the old, wrinkled, quiet guy instead of, say, the sexy New York City police officer? Well, you shouldn't be. Haven't you been paying attention? I mean, we must be approaching the 200th write-up on this site by now (anybody want to count for me? If so, please e-mail) -- haven't you figured me out yet? Underdog Underdog Underdog! Siss boom bah!

Jake's got my vote for victory, too, and not just because he's got such a winning smile and that completely irresistible Texan down-home charm (not to mention the drawl -- I love a good Suth'ahn drawl). Nope, he also gets my vote because he's the only guy on the island nobody has anything against, which virtually guarantees him the sweet spot unless something goes horribly awry in the cosmos. He's strong, but not too strong; smart, but not arrogant; friendly, but not annoyingly so. Everybody likes him. No wait, a better way to put that would be like this: nobody doesn't like him. And that distinction is an important one in this game.

Why did Ethan Zohn win? Because he flew under the radar. Tina Wesson? Ditto. Runner-up Colby Donaldson got that far in the game why? Didn't rock the boat. Most of the victors since the original season have taken the prize by staying on the sidelines as much as possible. Nobody rewards the Richards anymore. Instead, they pick them off in the first 2 weeks, sneering into the camera as they hold up their votes and say something like, "don't take it personally."

Now, this is not to say I'm completely convinced Jake is gonna win. I'd never bet money on it. Because if there's one thing I've learned in all these months spent watching CBS Thursday nights at 8, it's that the creators of this show are absolutely masterful when it comes to manipulating the audience. Just when you think you know what's going on, something happens that totally makes no sense, given what you've seen earlier. You know, like when we all hated Jerry and couldn't figure out why nobody was voting her skinny butt right off that island and then it turns out everybody totally LOVED Jerry. Because we were only being shown the 1% of the time she was all snakes and snails, and the rest of the Survivors were seeing the 99% sugar and spice. Well, okay, maybe it was more like 33% snakes, 67% sugar. But still. Essentially, the only way you can successfully predict the outcome on that show is to look right into the face of whatever makes the most sense, and then turn around and run far, far away, screaming and flailing your arms like a crazy person being chased by killer bees. Anything less dramatic than that, and you'll never get it right.

What has this taught us? You can't trust those crafty CBS devils behind the camera. That said, if Jake doesn't win, while I may not necessarily be surprised, you can bet money on the fact I will be inconsolable. Because if the world was just, Jake, the only Survivor who truly deserves to win, would be even richer than he already is (more on his wealth and success later). And also, upon victory, if justice were to prevail, he would announce the fact he had fallen madly in love with me and was packing me up for a 6-month hiatus in Hawaii. I can almost taste the Mai Tais from here. Ooommm, yummy.

But I won't hold my breath or anything on that last point (if hope were people. . . berry berry stein stein).

Now, back to success and wealth. Jake Billingsley was born on April 21, 1941 in Tyler, Texas, and raised just south, west, east, or north of that (too lazy to look on map) in Texarkana (okay, raise your hand if you can't hear that word without thinking of the good ol' days before REM started using, oh my hell, electric drum machines?).

Where was I? Right. After growing up in Texarkana ("20,000 miles to an oasis / 20,000 years will I burn / 20,000 chances I wasted / Waiting for the moment to turn" -- okay, okay, I'll stop with the REM), he enrolled at Texas A & M University where he got a B.S. in Animal Husbandry. For those of you who don't know what Animal Husbandry is, it's the science of leaving your dirty socks all over the living room and never doing a lick of housework without demanding immediate and copious praise for it later ("I did the dishes!" "Oh yeah? Well, hey, congratulations there, soldier."). Anyway, right after he graduated, he began a career as an agriculture consultant in a Texan company, where he quickly worked his way up the corporate ladder to Assistant Vice President. Eventually, he tired of that field and left the position to pursue a career in real estate. Before you could say, "lather, rinse, repeat," he'd worked his way up that corporate ladder to Senior Vice President and then decided he'd had quite enough of ladders in general, thankyouverymuch, and quit to open his own company.

He's currently a land broker and has been active in commercial real estate gigs in Dallas for 30 years. In 1995, he moved to Colorado and became the President and General Manager of an outdoor adventure company previously run by his son-in-law, who was killed in a plane crash.

Jake is married with two kids (who are older than I am, but I'll try not to think about that) and nine grandchildren. He and his wife currently live in McKinney, Texas. Two bits of trivia: his luxury item was a journal and pen, and Shii Ann confessed to having a major crush on Jake after she was voted out by his teammates. I always knew that girl was a smartie.

Anyway, I'm glad I took the plunge and tuned into Survivor this time around. Think what I could've missed if only my will had been stronger! Thank god someone was lookin' out for me, huh? Who knew that this show could last this long and still be completely addictive and wholly entertaining? If it weren't for the fact they sometimes have to eat bugs, I'd totally sign up to be a contestant. And you can believe that if I'd ended up on Jake's team, there'd be something scandalous happening every Thursday night on primetime television. Wink, nudge.