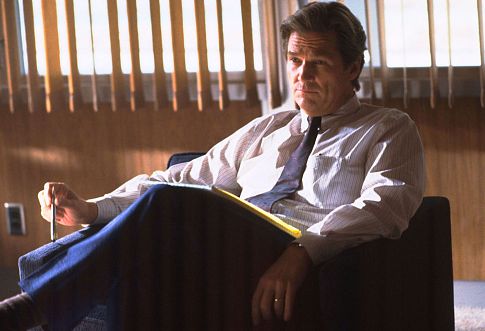 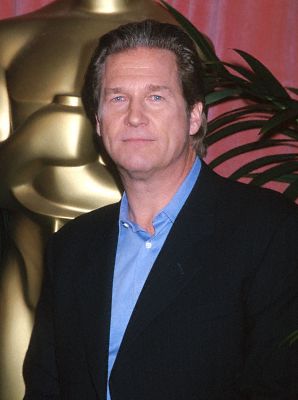 Over the last week, I've seen two Jeff Bridges movies and they've both been really great. The two roles were about as different as you can make 'em, too, which means one thing and one thing only: that Boy's got talent, kids! In the first movie, Bridges plays an alcoholic hippie named "The Dude" (The Big Lebowski) and in the second, he plays a gorgeous but geeky MATH teacher (The Mirror Has Two Faces). Wow! I could hardly believe it was the same actor! First he made me laugh until my cheeks hurt and then he made me (and Barbra) swoon. Yummy!

Actually, it was after the sweet (though cheesy-ended) "Mirror" that I decided it was about time to make Jeff a Boyfriend. And here he is! Bam, zip, ta da! See how easy this is?

So, why do I love Jeff Bridges?

Duh, because he's got talent! He's played everything from an alien to a cowboy and I always believe it when I see it. Acutally, since just about everyone in his family acts (though I really just cannot STAND brother Beau -- yick!), it's not too surprising that Jeff's been nominated for 3 Academy Awards. It's in his blood! Now, granted, he's made some D-O-G Dogs (Blown Away leaps right to mind), but we can forgive that. Because he's also made some damn good films (The Last Picture Show, The Fisher King, and, dammit, I loved White Squall!!).

Um, did I also mention the fact he's gorgeous? I would NEVER use that as a criterion for Boyfriend-dom, of course. Nope. Never. But I thought I'd point it out, anyway.

Alas, however, he's as old as my folks, folks. So a relationship would never go over well in my family. Though my dad might not mind since Lloyd Bridges was in High Noon. But, as you all know, I'm not after a long-term thing here. Just one date. Dinner? I'll even buy! Candles. Wine. Italian food. Um, maybe a slow dance? Peck on the cheek? How 'bout it, Jeffie? My number's in the book, baby!