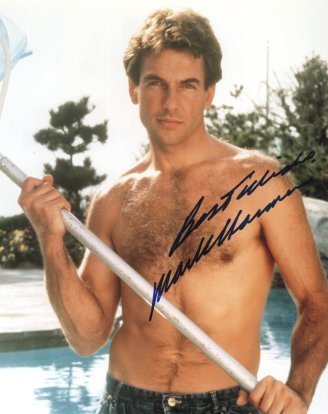 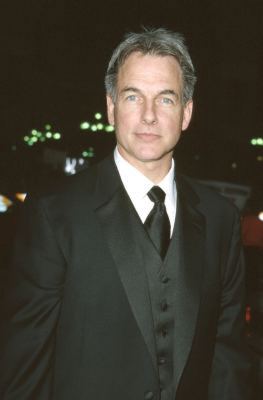 This week's Boyfriend ought to bring back memories for those of us who recognize him. It's been quite awhile since we last saw Mark Harmon, hasn't it? (Though I gather he had a stint on "Chicago Hope," that doesn't count here at the Boyfriend page because I never watched that show. And before you argue with that kind of logic, allow me to remind you just who is in charge around here.)

That aside, now you should ask why all of a sudden I'm heart-throbbing after this obscure fellow. I mean, why Mark Harmon when "The Mummy Returns" is finally in theaters and Arnold Vosloo and Oded Fehr are back on the big screen (and for those of you who are clueless, no, I did NOT make those names up)?

The answer to that question just might creep you out.

Mark Harmon is this week's Boyfriend because he made a really incredible Ted Bundy. How's that for a reason to fall in love? Yes, it's true, and it's all because I very recently saw the 4-hour miniseries "The Deliberate Stranger" (for those of you with cable, this made-for-tv movie has been showing up on Lifetime every now and then). I was intrigued by this movie for two reasons: one is that Ted Bundy is kind of a local legend and while I know the basics about his crimes, I have never really heard the full story. The second reason was that the movie got three stars in the paper. A movie on the Lifetime channel with THREE STARS? That really got my attention (because just about every other Lifetime movie maxes out at 2 and stars Judith Light or Melissa Gilbert and really isn't worth your time unless you're in the mood for yet another melodrama about rape, unwed mothers, or women in prison).

It actually took me two tries to see "The Deliberate Stranger," I must confess. The first time I tried to tape it, I forgot to turn the timer on before leaving the VCR for the weekend. Happily, however, I noticed it was airing during the week about two weeks ago and managed to get it recorded. I finally sat down to watch it last weekend and was almost immediately hooked. This really IS a pretty decent movie, folks. And not just because it's about a serial killer (always intriguing, in a sick kind of way). In fact, I think the reason I got so engrossed in it was that it's not like your typical tv movie about a murderer -- first of all, you never really see anybody get killed until the very end, and second of all, you know who's guilty the entire time.

And who's guilty is Mark Harmon. Looking totally irresistibly cute, which is also not usually the way the whole "serial killer" thing gets played out on television. This actually creates the problem that I think is ultimately what makes this is a pretty decent movie -- despite the fact you know Mark's character is named "Ted Bundy," which doesn't bode well for the ladies around him, it's still pretty hard to think of him as a murderer. Someone to fear. Someone to despise. And that was Bundy's gimmick -- the way he convinced women to willingly do stupid things that eventually got them killed was to charm the pants right off 'em. And Mark Harmon is just cute enough, just sweet enough, just totally safe-looking enough to be wholly believable at that. The worst you see him do until the end of the flick is frown in a menacing sort of way. So, by the time Bundy is making his prison escape to Florida, you're half-way rooting for him to get free. Just like in real life, Bundy has managed to trick you into thinking he's actually a misunderstood sweetheart. And that has everything to do with Mark Harmon's face, voice, and really really cute bod. Whoops, I meant "talent."

Not that I'm not happy the real Ted Bundy is no longer roaming the streets. Not that I don't feel absolutely horrible for the women who fell for Bundy's charms. But the happy part is that Mark Harmon isn't really a sociopath. He's an ultra-cute real-guy who can play a serial killer just as sweetly as he can play a cool doc on one of my all-time favorite shows, "St. Elsewhere." Heh, how's that for a transition into paragraph eight?

Ah, "St. Elsewhere" -- one of the finest hospital dramas ever to hit primetime television. If you're too young to know about this show, and really, I'm too young myself but I had a really hip mom who used to watch it, you've really missed out. "St. Elsewhere" is what really made Mark Harmon more than just a made-for-tv actor, even though it was, um, made-for-tv itself. It is also, incidentally, where ex-Boyfriend Denzel Washington got his big start. Add into the mix Howie Mandel and what you end up with is a show with quite possibly the weirdest cast ever. Despite that, however, or maybe because of it, "St. Elsewhere" went a lot of places other shows at the time were too chicken to go. Case in point: Mark Harmon's character, who contracts HIV and then dies of AIDS, not because he was a hemophiliac or junkie or gay guy, the three usual causes of HIV in 80's television, but because he was into casual sex. Lots of it. Yikes!

The bad news is, there's not much out there in the way of biographical information on Mark Harmon. I guess we can sort of take that to mean something good -- it means there aren't a lot of fan sites out there about Mark, which also means there aren't a lot of gals out there like me drooling all over him. Less competition. The first piece of biographical information I have for you kind of sucks the joy right out of that, however -- Mark's been married since 1987 to Pam Dawber (yup, Mindy from "Mork and Mindy"). But that's really okay. I've said it before and I'll say it again -- I think it's sweet when Boyfriends are married. Even if it does mean they aren't as bright as I once hoped (i.e. because they are too foolish to realize I am much better for them). Mark and Pam also have two sons -- Sean and Ty, both of whom are hitting their pre-teenaged strides right about now. You see? There is a reason why we should feel lucky not to be married to Mark right now. (Note to pre-teen readers: just kidding!)

Mark was born in Burbank, California on September 2, 1951. His mother was an actress and his father was a professional football player -- the combination resulted in Mark, a hunky actor who used to play college football. Mark has two sisters as well -- one is a famous model and the other is, I gather, a black sheep (all I really know is that Mark and Pam sued for custody of that sister's youngest son. I think she was married to a rock star, which can't possibly have helped much.).

Unfortunately, that's all there is to know about him, aside from his acting career stuff (like, first movie: "Eleanor and Franklin: The White House Years," 1977). I don't have any funny stories about his high school drama years or his day-job as a gas station attendant in LA while he spent nights trying to break into the Hollywood world. All I really know is that he's got a family full of actors and gorgeous people and he's turned out to fit in with both those categories. In fact, I think Mark Harmon probably first got his break in acting because he was gorgeous. It seems to me a great deal of his roles have a lot to do with his looks and a lot less to do with, say, his uncanny skill at method acting, or whatever. The thing is, if you can get beyond the (incredible) good looks, you really do get down to a man who can truly act. Just think about some of Mark's best roles -- as the HIV-positive doctor on "St. Elsewhere," as Maddie's astronaut boyfriend on "Moonlighting" (even though that was the beginning of the end of the show, he sure made watching a great drama crash and burn much more bearable), his hilarious role as Freddy Shoop in "Summer School," and his performance as the creepy Ted Bundy in "The Deliberate Stranger," a movie so well-done it's made me nervous every time I pass a VW bug or a handsome man with his arm in a sling.

While it's true that the vast majority of his roles have been in bad tv movies, just because his talent is so obviously overlooked, doesn't mean it's so obviously non-existent. I pride myself on being able to see the wolf inside the sheep's clothing, or the bad actor inside the pretty face, and I have yet to encounter Mark Harmon in a role where he was so awful it made me groan. This isn't something I can say for all Boyfriends, either. Case in point: I recently saw part of "Dark City," featuring ex-Boyfriend Kiefer Sutherland. He was so amazingly AWFUL, I finally had to turn the movie off to avoid losing what remained of my respect for him for good! When did he start to stink so badly? Wait, don't answer that.

The point is that despite the fact Mark seems doomed to remain stuck in TV-Land for now, he is getting quite a bit of work, and not all of it sucks. For example, he has two new movies due out this year, only one of which is really going to attempt to cash in on his beauty. The first is "Crossfire Trail," a western (yay!) in which Mark plays the ugly (ha ha, as if) villain to Tom Selleck's cowboy hero. The second is a thriller named "And Never Let Her Go," in which Mark plays a pretty-boy who entices a woman to fall in love with him and then KILLS HER (sound familiar? His name isn't Ted in this one, but they're not fooling us). Both of them sound like decent ways to spend two hours on a Sunday night, so you can be sure I'll be tuning in. In the meantime, I'll be watching for Mark Harmon in "St. Elsewhere" reruns (now playing on Bravo) and my old tapes of "Moonlighting." And maybe, just maybe, it might be time to rent "Summer School" again soon.