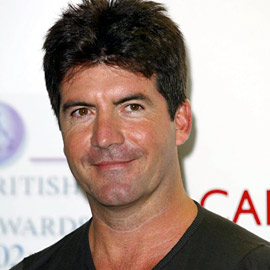 This is one of those write-ups that I'm sort of afraid to put out here in the public domain. Why? Because if my friends ever found out the truth about me - that I've been watching "American Idol," for example - they'd probably never invite me to another punk rock show EVER AGAIN.

But I can't help it. I gotta be meeeee. What else can I beeeee but what. I. Am. And the truth is, what I am is a girl whose friend at work got her started on "American Idol" about six weeks ago and now she can't stop. Me, hater of all things even vaguely resembling musicals (with two notable exceptions: the movie version of "Annie" and last season's sing-along Buffy episode), compulsively watching 90 (now 120) minutes every week of singing, singing, and more singing. Most of it pop music I wouldn't be caught dead listening to in real life, let alone caught alive and publicly admitting to. Somebody check the sky for pigs; I think Hell's about to freeze over.

Oh, not really. Relax. The Apocalypse is not Now. Because the reality is that I don't actually give a hoot about the singers or their quest for a Top 40 single. The real reason I keep watching has nothing to do with Justin's afro or Kelly's Celine Dion impersonations. And everything to do with one of the three judges, Mr. Simon Cowell.

For those of you who don't watch, the show is a competition. Various young men and women perform a song or two each Tuesday night and then listen as the show's three judges critique their acts. Judge One, Randy Jackson, says their name exactly thrice ("Justin, Justin, Justin"), then launches into something essentially meaningless. Paula Abdul, Judge Two, smiles broadly and rattles off something totally inane and useless ("You look so great in those shoes!"), and then Simon. . .well, we'll get to Simon in a minute. At the end of the show, viewers are invited to call in (for free!) and vote for their favorite performer. The next night, the person who got the fewest phone calls gets the hook.

Simon is my favorite of the judges. He's British, first of all (accent!) and has been with the show since its conception (it originally started in the UK as a show called "Pop Idol"). Now, the reason Simon caught my attention initially had little to do with the traditional Boyfriend reasons (cuteness, talent, nice hiney). Instead, what attracted me to Simon at first was the fact that he was the only judge with the courage to actually tell the truth. When a singer didn't measure up, Randy tsked quietly and changed the subject, Paula complimented their cool hair-do, but Simon minced no words. The music biz is a brutal one (just ask my friends Harvey Danger) (shameless name dropping!) and Simon believes strongly in letting wannabes know that sooner rather than later. Paula says "you looked great!" Simon says, "That was extraordinary! Unfortunately, extraordinarily BAD."

Simon's honesty is, to me anyway, rather refreshing. In my opinion, America has recently become a nation of namby-pambies. Whatever you do, don't hurt anyone's feelings! The teachers in my family are constantly complaining about the fact they are so often criticized for saying anything at all critical to their students. They are told they must protect their students' self-esteem above all else. Timmy didn't do a smidge of work all year long? Well, don't give him an F! You'll make him feel bad about himself!

Now before you start thinking I'm a horrible person, allow me to point out the fact that I can't even boo at baseball games because I worry I might hurt a player's feelings. I'm the Queen of Nice. The Empress of Etiquette. But in some realms, courtesy in the form of white lies is not always the nice thing to do. I don't advocate cruel awareness-making, but I'm a staunch supporter of constructive criticism. And Simon's words, though at times a bit on the snarky side, are about as constructive as you can get.

Unfortunately for him, I think I'm in the minority when it comes to respecting Simon's personality. He's even had to hire bodyguards because he's received threats from disgruntled "American Idol" rejects and fans. It's ironic, actually, because he's honestly just trying to help. Think of it this way: if I ever write a novel and it totally sucks, I'd want to hear that from somebody. Before I wasted another ten years slaving over its sequel. That way I can use that time for something else. Something I'm good at and enjoy. Like, for example, THIS. Capice?

Anyway, so, primarily, I was attracted to Simon's candor. Then I also noticed he's actually pretty funny (his flirty rivalry with Paula is a combination of comical and sexy, for example). He's got a little tinge of deviousness to him. And when you combine that with the smile and that damn British accent, what you end up is a rather deadly weapon.

As I've seen more and more of Simon and the show, I've also begun to notice that he's actually damn good looking too. Oh, doesn't that just sound SO impressive? That the first thing I noticed about him was his personality and only later did I take in the fact he was gorgeous too? Would that all were as classy as I. You all should strive to be just. like. me.

Because the truth is, the first thing I noticed about Simon Cowell was how sexy his biceps looked in those tight black tee-shirts he wears. And then there was his sort of weathered, crinkly face. His smile. His laugh. The way he holds every part of his body with such confidence and assurance. Brains and brawn. Thank god the show's final episode is tonight because it's getting harder and harder for me to get things done lately.

Okay, enough with the gushing. Let's skip ahead to the bio section. There's not really a lot of personal information out there about Simon, whose nicknames these days include "Judge Dread," "Mr. Nasty," and, my personal favorite, "O'Simon Bin Laden." O'Simon's been in the music biz for over 20 years, starting in 1979 with a job at EMI Music Publishing. It didn't take long for him (and others) to discover he was a natural at scouting out new talent, and when he moved on to a bigger and better position at BMG, he also set up his own record label through them called "S Records."

Simon's roster of successes include bands like "Curiosity Killed the Cat," "Sonia," "Pop Five," and the highly successful "Westlife." (I haven't heard of any of these bands, of course, because I quit listening to pop music in about 1988 when I discovered "The Pixies.") In the last ten years alone, Cowell's discoveries have achieved sales of more than 25 million albums, with over 70 Top 30's and 17 number one singles.

All this and yet he's managed to reamin so humble! Okay, so that's another big fat lie. But boy, as far as arrogant bastards go, Simon sure is a cutie.

Up next for Simon will likely be helping to create stars out of some of the "American Idol" contestants (he's openly enamored of a couple of the ladies, in particular). Then he'll probably be signing on for the next round of "American Idol." Because nothing keeps a viewer coming back like someone who infuriates the heck out of them. It's a well-known fact that it's good for ratings to have at least one character everybody loves to hate, and Simon works very well in that capacity. In fact, I think his bodyguards might say that Simon works perhaps TOO well in that capacity. But that's neither here nor there. The good news is that this means that if you missed Simon's act this time around, you will probably have a second chance to catch it. Yet another in a long, long line of reasons to love the Fox network.

If I've piqued your curiosity so much with this write-up that you can't possibly wait for an AI2 to come out, try tuning in tonight for the two-hour finale. There will probably be far too much singing, and it will surely be followed by a major tear-fest when the winner is finally announced. But maybe we'll get lucky and somebody will have put together some kind of "the wrath of Simon" highlights segment. Watch for the twinkle in his left eye when he smirks. It's totally irresistible.