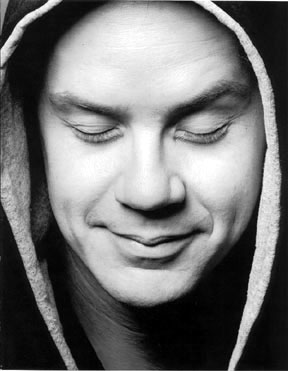 The very first order of business this week is to announce the fact that the Boyfriend of the Week page is moving to its own domain. The master of this domain? C'est moi. The name of this domain? C'est megwood.com. I went through about a zillion different possibilities for a domain name and finally settled on this one, suggested by a reader named Katherine who is obviously a creative GENIUS. megwood.com is certainly going to be a lot easier for everyone to remember than my second choice, ishkabibbleantidisestablishmentarianism.com. So, thanks Katherine!

Before you all panic, let me also inform you that you don't have to rush around switching your bookmarks. You can continue to use the old URL -- it will get you to the new one instantly. You can also email me at the old email address. But why would you want to? Using the new domain, you can make up your own name for me! As long as you end the address with "@megwood.com" you can call me whatever you want. genius@megwood.com. superstar@megwood.com. funniestgirlinworld@megwood.com. Or, depending on the write-up for a particular week, loser@megwood.com, hateyou@megwood.com, or even LeoRules@megwood.com. Have fun! But now, let's get on with the show.

Boy, if you thought last week's Boyfriend was an "It's About Damn Time" one, just check out this week's! How in the heck did you people let me get away with not running Tim Robbins for so long? Shame, shame on you!

Oh, wait. Shame shame on ME. I guess I'm the one who's in charge around here. Luckily, I stumbled across something this week that reminded me of Tim (actually, it reminded me of Nuke LaLoosh from "Bull Durham" -- I was watching a particularly bad Mariner's game). And from thence the inspiration was born. The great thing about Tim Robbins is that everybody knows who he is and so there's a ton of information about him all over the place. The bad thing about Tim Robbins is that all the pictures I found stunk. You know what he looks like, though. You know Nuke. You know Andy. You know that corporate shark guy from "The Player." Right?

Oh look, I have just referred to my three all-time favorite Tim Robbins movies: Bull Durham, The Shawshank Redemption, and The Player. If you have somehow missed one or more of these films, you better hit Blockbuster ASAP. Because you've got to get these movies fast. You've got to get them now.

Tim Robbins is, well, hard to sum up. He's cute, definitely, and he's certainly got smiling crookedly down to a science. But he's not just a pretty face glued to a vacuous cranium (like Nuke LaLoosh, e.g.). Tim is also an extremely active political liberal (remember the Oscars in 1993 when he and Susan were supposed to present an award but instead presented a several-minutes-long speech about Haitian political refugees and were promptly banned from presenting or attending for two years?). It goes back even further than 1993, though. After Tim got out of high school (he attended Stuyvesant, incidentally -- that high school in NYC for the artistic brainiacs), he went to University of New York for two long years of partying, then transferred to UCLA to get his degree, and THEN founded the "Actors' Gang," a politically radical theater group that he still has a hand in today. Spiffy!

So even way back when I was still in grade school, spending recesses gambling in the dirt lot outside my classroom (we called it "playing with marbles," but it was gambling, plain and simple), Tim was out there trying to change the world. I'm so embarrassed.

Speaking of Susan, I'm sure you know Tim and Susan Sarandon have been together for a zillion years (though not officially married). They met on the set of "Bull Durham" and can you blame her for going after him? Not only was he stunning back then, he also got his fastball up to 85 mph for the movie. Now THAT'S sexy. They seem pretty happy together and have a bunch of kids and everything nice like that, blah blah blah. However, fellow home-wreckers, there is a chance they might one day separate -- Susan has gone on record to say that she absolutely cannot STAND the way Tim eats his cereal in the mornings. Somebody ship that guy a truckload of Cheerios! Quick!

One of the most interesting Tim movies, to me anyway, was one he wasn't even in. If you'll remember, Tim was the co-writer and director of "Dead Man Walking" starring Sue Saran and Sean Penn. What's interesting about it is that Tim is vehemently anti-death penalty, yet the movie was extremely objective. In fact, so much so that I felt really confused and torn about my own beliefs when it was over (I'm also anti-d.p.). Thought about it for a very long time afterwards. When a movie can make you doubt yourself, that's quite an accomplishment, especially if the director/writer was on your side all along. I really respect Tim for that. It shows a crafty and sharp intelligence.

But enough about me. Let's get back to the good stuff. Tim was born in New York in 1958. (Well, I hope, anyway. Apparently, I got Bill's DOB wrong last week -- thanks to to www.billpullman.org for the correction!) His folks were extremely poor for a long time (dad was a folksinger, mom was a publishing executive). For quite a bit of Tim's youth, the family lived in a one-bedroom apartment in Greenwich Village. Tim and his brother shared bunkbeds in a closet and started working when they were 10 (Tim in a day-care center -- good cover should the child labor people come around). By age 12, Tim was already a member of an avant-garde acting group called "Theater for the New City." By age 20, he was six feet, five inches tall.

Tim did his own vocals and harmonica-playing in "Bob Roberts," which is not one of my favorites though ya gotta love any movie that has harmonicas in it. He also, as I mentioned earlier, threw his own fast balls in "Bull Durham" (though the movie's radar gun was obviously doctored to reflect a more Nuke-y fast ball speed) (still, 85 mph is better than some Mariners pitchers can muster -- I won't name names or anything, Gil Meche, but LORD some of them really ought to really practice more). Tim's philosophy on movie-making, by the way, is this: Don't take no for an answer. He says, "There's always someone telling you not to do something. The main thing is just to ignore them!" I wonder if his kids share that philosophy -- somehow I doubt he's attempted to pass it along to them at this stage. ("Go to your room!" "I'm sorry, Dad, but I just don't think I should have to do whatever you say! It really hinders my freedom which can stunt my educational and emotional development!") Yup.

Tim's made about a zillion movies, a list of which you can read for yourself on the IMDB site. Coming up next for him is a movie called "Human Nature," which is described as a film about "a woman who is in love with a man in love with another women, and all three have designs on a young man raised by an ape." Now, my first reaction was, "WHAT?!" and my second was, "You gotta be kidding me, Tim!" but then I noticed the screenplay was written by the same guy who wrote "Being John Malkovich" and based on that knowledge, everything makes a little more sense (i.e. it's going to be crazy, but in a good way).

I have also heard rumors that Tim is considering the star role in a movie based on Walker Percy's novel "The Moviegoer," which is one of the all-time worst books I have ever read. So my advice to Tim is this: DON'T DO IT! Of course, that won't do any good, if Tim stays true to his philosophies. However, one must try, mustn't one?

Anyway, Moviegoer or not, I will always adore and respect Tim Robbins. His crooked grin, his sheepish expressions, his great hair, his incredibly nice speaking voice, his even nicer butt, and his extremely full brain. Susan is one lucky woman, that's for sure. (Keep eating that cereal, Tim! You go!)