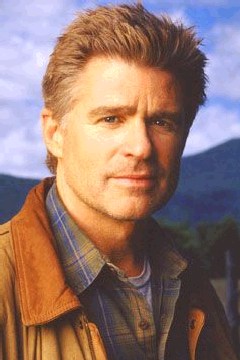 Only one brief update this week, and it's really more of a warning than anything else. If you are not watching MacGyver's new show Stargate SG-1 and it gets cancelled because nobody but me is tuning in, I will hold YOU (yes, you!) personally responsible! It's not a great show, granted, but it's fun and I LIKE IT (the kiss of death, see?). You watch it. You watch it NOW. OR ELSE.

Don't feel bad; I only found him yesterday myself. It understandable. The movie? Deep Rising -- it's kind of like what Titanic would've been if they'd let me and my mom rewrite the script. Luxery liner, rich people, cute guy who DOESN'T spend half the movie pushing his hair out of his face, and. . .

I loved it. Loved him too, even though his one-liners were pretty bad (too many "Now what?"-type things). He sure was cute, though, and quite adept with that machine gun for a charter-boat captain.

So, this morning, mid-swoon in memories, I decided to look him up on the web. Lo and Behold! He was in Mulholland Falls! I saw that movie! He played the Army guy, though. I never pay attention to the Army guys in movies. So that explains it. He's also about to star in the film version of "Deep End of the Ocean" with Michelle Pfeiffer (did I spell that right?) (probably not). Oh boy! That'll be depressing! But I bet we get to see him cry (it's about a family whose baby boy is kidnapped -- gawd, people, don't you read Oprah's Bookclub books?). I like it when my Boys cry in movies. Especially when I've already seen them shoot 'em up in action movies. Time for a touch of humanity? Go Treat!

MacGyver Factor Score= 87%. 65 points off for looking too much like Ollie North in that picture up there. 52 points added back for having "Treat" as a first name.

Click here to see what else Treat's been in.