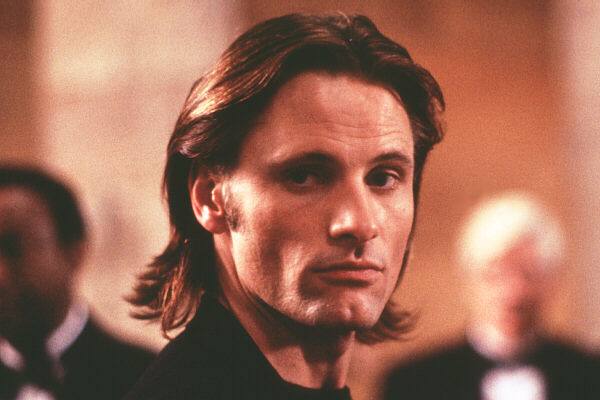 Before I get started on this week's charming boyfriend, I have a few updates to give you guys. First of all, I've started an e-mail assault on Channel 11 here in Seattle begging them DAILY to bring back Due South, which is currently in its fourth season in Canada. Still no response. The whole thing smacks of the Blue M&Ms Fiasco to me (the year the M&Ms Co. started adding those horrible blue ones, I saved up all the ones I encountered and mailed a package full of 157 blue M&Ms back to the company demanding a full refund OR a job as the official color consultant). (They never responded).

Secondly, I implore you all to check out the new MacGyver show "Stargate SG-1" which has escaped the evil clutches of cable and emerged victorious on the Fox Network. It's not even really that bad and MacGyver is kind of playing MacGyver so he's a delight. No knife, though. And the James Spader wanna-be took a little getting-used-to, but now that I've watched a few times, I kind of think he's cute. Future boyfriend of the week? Perhaps.

This weekend, I had an Attack of the Mr. Darcy's and rewatched the entire A&E production of Pride and Prejudice. Well, actually, I fast-forwarded through all the non-Darcy scenes and watched a few of those more than once. Hubba Hubba! But that didn't quite satisfy my ex-boyfriend appetite, so I popped in Portrait of a Lady yesterday intending only to watch the Martin Donovan scenes and thinking that might just do it.

However, I started working on the Sunday NY Times crossword so I wasn't using the remote and ended up watching the whole damn (but brilliant) thing. Since I was distracted, this prevented me from falling into the usual stupor that ordinarily results from seeing Martin Donovan AND John Malkovich IN THE SAME MOVIE. And it was because of THIS (you knew I'd get to it eventually, didn't you?) that I finally noticed. . .

Now, Vig. isn't really the most handsomest of guys. He's actually sort of funny-looking. But it's endearing. And, of course, in Portrait, he plays Casper Goodwood, scorned lover #2. The Underdog! He even follows his girl around like a little puppy even though she whacks him on the nose
every
chance
she
gets.

Poor poor Viggo. Now, I was thinking -- this guy Viggo, I wonder what else he's been in that I've seen without really seeing. Well, I'll be! TONS of stuff! G.I.Jane (understandably forgettable, really), Crimson Tide, Young Guns II (which I've seen at least a dozen times), Fresh Horses (you've got to be kidding me, Viggo!), and that great Harrison Ford movie Witness!