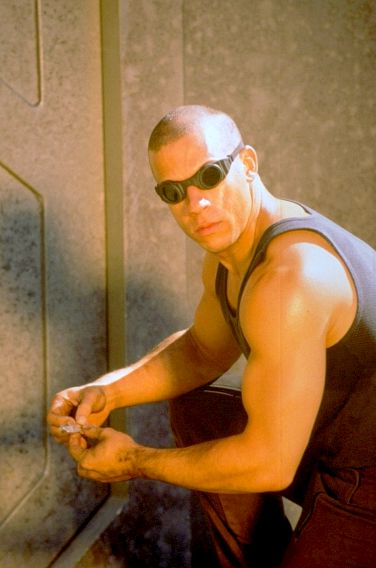 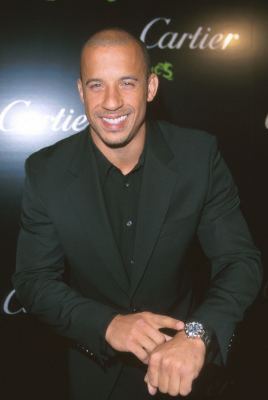 Lucky for this week's Boyfriend, I was having trouble getting inspired last week when I was trying to come up with a new idea for you guys. So, I did what I usually do when inspiration does not strike -- I hit my fan mail archives and started flipping through all your old messages to me. I especially focused on ones that started with "I have a great suggestion for you!" (and also my favorite ones, the ones that start with, "Man, you are so cool! I love your web site!").

I bet you guys thought I wasn't paying attention to your messages and requests, huh? Well, I'm here to prove to you that you're wrong about that. I do listen. The problem isn't that I am not paying attention, it's that I have the memory of a 102-year old Floridian retiree.

(Just for the record, that analogy has NOTHING to do with the presidential election, as that fiasco has now come to an end. Even though it's an end that makes me desperately want to move to Canada. But that's neither here nor there. It's both.)

Anyway, I was flipping through those old fan messages, when I hit one that recommended this week's Boyfriend, Vin Diesel. And then, pretty soon after that, I hit a second one. Two times is the charm, apparently, because I suddenly realized Vin Diesel was an excellent choice for this week's Boyfriend, especially since I have recently seen a Vin Diesel movie I liked a lot. Twice, in fact.

The movie was the newly released-on-video sci-fi thriller "Pitch Black." In it, Diesel plays a escaped murderer who has been captured by a bounty hunter who then loads him onto a space ship for transfer back to prison. Bad news, though, while Diesel, his bounty hunter, the crew, and the rest of the passengers of the ship are in stasis, disaster strikes and they are awakened and forced to crash land on a planet they know nothing about.

When they finally get their bearings about them and start to explore the surface, they realize there was once a human settlement on the planet, but all the occupants, and, seemingly, all the animal life on the planet in total, have vanished. Vin is kept locked inside the space ship, but when a crew member is killed by a freaky "thing" nobody has seen but everybody is afraid of, they let him out -- as long as he promises not to kill any of them while they are trying to avoid being killed by the unknown "thing."

One of the crew members discovers a model of the solar system they are in that leads her to realize that soon all three of the suns are going to align, causing an eclipse that will leave the planet in darkness for several years. Soon after realizing this, she also finds evidence that suggests the residents of the settlement disappeared right about the time these planets aligned the last time. Uh oh. The good news is, the escaped murderer has had some kind of operation done on his eyes so he can see in the dark (prisons in the future are apparently trying to cut back on their electric bills). The bad news is, the only guy in the party who can see in the dark is the escaped murderer who is a little lacking in the friendly, helpful, and trustworthy personality traits. Even though he's so hip he has trouble seeing over his pelvis (man, those shades he wore were cool), the rest of the party don't feel all that great about putting their lives into his hands.

Anyway, it's a sci-fi movie of the best variety: alien monsters attacking naive Earthlings. I love those. And even though 85% of these kinds of movies (which my mom calls "3-D Thrillers") are so bad they don't even get a single star when they end up on cable, I have yet to meet one I haven't enjoyed. Even the worst ones are great. In fact, sometimes the worst ones are better than the good ones. But you can trust me -- "Pitch Black" is one of the best I've seen in a long time. It's sort of like a cross between "Alien" and, um, uh, well, "Alien." Yeah. So, it's, um, like Alien-Squared. Or something. Oh nevermind.

Another movie of Vin's I saw recently (last Friday, to be exact), is the film "Boiler Room." I rented this one on the recommendation of a reader, and also because I'd been meaning to check it out to see Giovanni Ribisi, who is a future Boyfriend who is still on the "Make Sure He Really Passes Muster" list. "Boiler Room" was even hipper than "Pitch Black," by the way. It's about some pretty shady stock brokers, of which Vin is one (and he's the only one besides the rookie (Giovanni) who is actually not a bad person). The whole soundtrack is by Notorious B.I.G., which was kind of cool, but the plot is even better. And, of course, it's two solid hours of getting to see Vin Diesel in some incredibly nice-looking designer suits. Well worth the $3.50 rental fee, I assure you.

And now for something completely biographical. "Vin" is short for "Vincent," which you may have already guessed, but Vincent isn't his real first name -- it's his real LAST name (ha! you thought you were so smart!). The "Diesel" part comes from back when he used to work as a bouncer in New York (it was his nom de bounce, as the French would say) (if they were really bad at speaking their own language). But Vin didn't catch the acting bug while impersonating Big Tough Man from 9 to 5 (pm to am) at his bouncer job. He actually started acting in theater at age 7. And, in fact, he isn't even just out there playing Big Tough Man kinds of roles now. He got his start as a writer/director, making the critically acclaimed film, "Multi-Facial" (more about it below). "Multi-Facial" played in a bunch of small film festivals, winning local awards left and right. And one of the viewers of that small film was the man who eventually got Vin the role that officially made him a major player in Hollywood : the viewer was Steven Spielberg and the role was "Private Caparzo" in Spielberg's latest movie-baby, "Saving Private Ryan."

In case you've forgotten Caparzo, he was the incredibly sweet Italian boy who gave his life trying to save the little French girl about an hour or so into the movie. So, just because you think Vin looks like a muscle-head, talks like a muscle-head, and occasionally acts like a muscle-head (bounce! bounce!), doesn't mean he can only play muscleheads on-screen. In fact, aside from "Pitch Black," he hasn't really played any big mean tough guys at all (though I haven't seen all his films, obviously). He's kind of nice in "Boiler Room," and his other famous role was as the voice of the giant in the animated film "The Iron Giant." That's a kid movie! No muscleheads allowed!

Vin was born in New York on July 18, 1967. His stepfather was a theater director, but that isn't how he got his start. When he was 7, he and his friends were trashing up the Jane Street Theatre in Greenwich Village when the owner came out and caught them red-handed. One web site says instead of punnishing Vin, the owner handed him a script and told him to come back later and earn $20 a week as an actor. Eventually, though, he was inspired by his father's work and thus decided to study English at Hunter College. Part way through his studies, he dropped out to take the job as a bouncer, which made him instantly popular and respected as a tough guy and left him off-work during the day so he could pursue his acting career. Eventually, he quit the job because it became clear to him getting beat up and beating up others was kind of a dangerous job for even the toughest of guys to have. Smart move, Vinnie.

Shortly thereafter, Vin wrote, produced, and directed his little indie hit, "Multi-Facial," about an actor (played by Vin) who doesn't have the right skin color for any type of role he auditions for. He's not black enough to play an African-American, light enough to play a white person, Italian enough, Hispanic enough, etc. etc. etc. The ironic thing is, since his career took off, he's played characters of almost all those races.

And he's definitely not done. In the next year or two, he's got about four movies coming out. First there's the movie "Street Wars," about undercover cops in Manhattan trying to bust a hijacking ring. Then there's the movie "Knockaround Guys" (co-starring Dennis Hopper and John Malkovich) in which Vin plays one of four sons of a group of well-known Brooklyn-based mobsters who are sent by their family to retrieve a bag of cash in a small Montana town ruled by a corrupt sheriff. There's also supposedly a love story, in which Vin plays a Navy SEAL returning home from active duty. And then there's Pitch Black 2, of course. Not to mention his next writing/directing project, "Doormen," based on his experiences as a bouncer.

So the good news is, there's going to be lots of Vin Diesel to go around. But I just realized I've gotten this far down without even telling you what it was about Vin that made me pick him this week. It's not JUST because a few fans suggested him. I came to it of my own free will. And a good chunk of that free will was inspired by Vin's voice, a deep and smooth bass if I ever heard one (one web site describes it aptly as "Lee Marvin does Barry White"). An additional good chunk was inspired by his biceps, for reasons that should be obvious now that you've seen that photo up above (top, left). Yow-ie!

I also read an interview with Vin (see the web sites below for that interview and more) in which it was revealed that while he's kind of a weirdo (during conversations with him, he tends to break into song at random), he's also a pretty nice guy. Funny and honest. And totally not a scary mean tough-guy musclehead. So, now that I've assured you he is not only gorgeous but nice, you have absolutely no excuse not to get out there and rent some of his movies. I myself am trying to hunt down a copy of "Multi-Facial," but if you can't find it either, rent the ones I mentioned above instead ("Boiler Room," "Pitch Black," and "The Iron Giant"). And then make sure to keep checking the papers for his new movies. Even if they're terrible, they'll still be really really great (and that goes doubly for "Pitch Black 2").